The Tabris.js developer apps are the easiest way to start developing mobile apps without using a build service or local build. They are available for free on the Apple App Store and Google Play respectively. Simply follow the links below or search for “Tabris.js” in the store on your mobile device.

After launching the app you should sign-in with your GitHub account (the same you use on tabrisjs.com) and switch to the Examples tab. 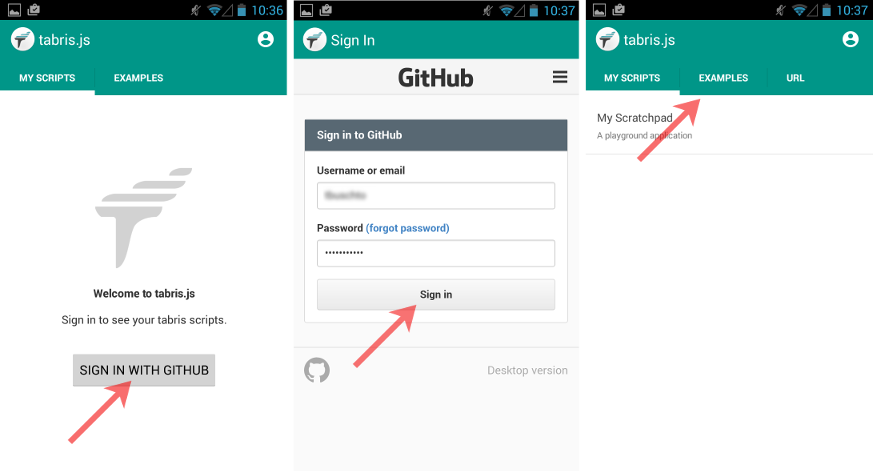 The Tabris.js examples are a collection of small apps that demonstrate the power and flexibility of the framework. They are part of the Tabris.js GitHub repository and are developed entirely in JavaScript. 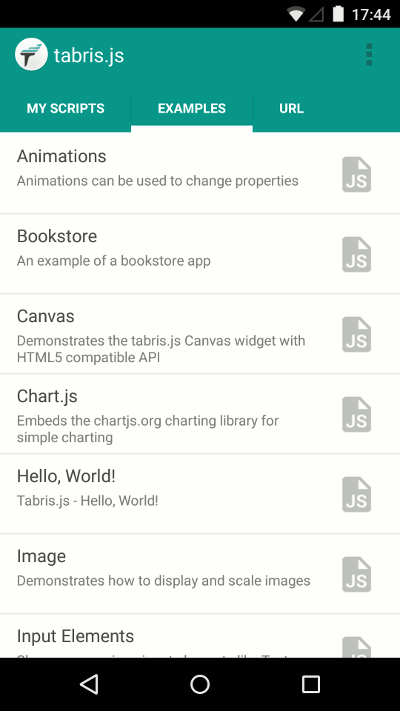 Just tap an example and it will run within the developer app. You can go back to the examples selection by using the back button in Android or the Developer Console on either platform. 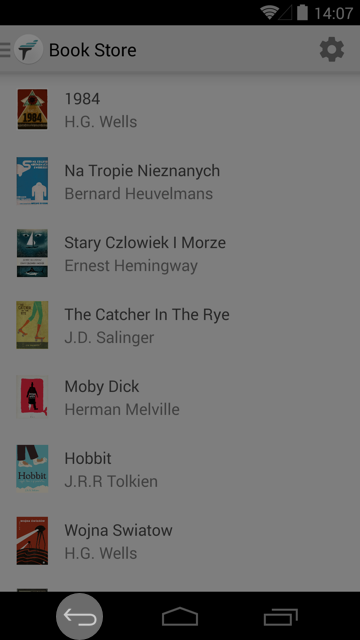 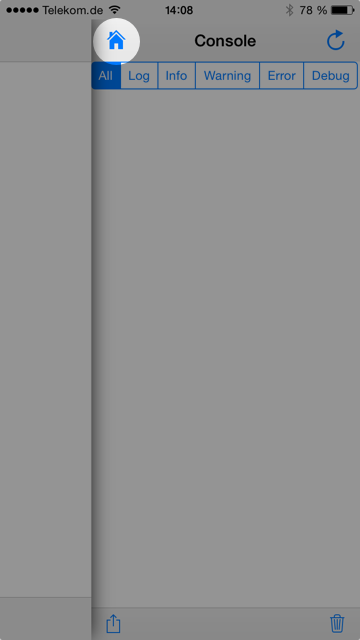 Here you will see messages and errors logged while running a script. You can filter the log or even share it (e.g. by email). The console also lets you go back to the developer app, or reload the script instantly. 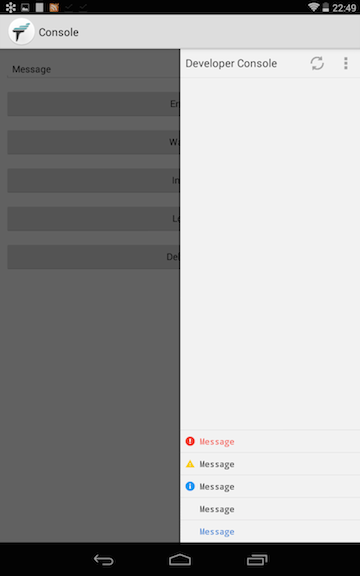 Play with the Scratchpad

On tabrisjs.com, click My Scratchpad on the left. Here you will find a simple, editable Tabris.js script. You can run this script immediately (no need to save) in the Tabris.js Developer App by going to the My Scripts tab and selecting My Scratchpad. By default the scratchpad contains the “Hello World” example explained below.

On the tabrisjs.com snippets page you can find a code snippet for nearly every feature in Tabris.js. You can run a snippet immediately on your device by clicking the link button next to it…

… and then select it from the My Scripts list of the developer app. You may have to refresh the list by swiping down on Android or by switching tabs on iOS.

If you like to play with the snippet, simply copy and paste it to the scratchpad and run it from there.

That’s it. Now you may want to have a look at the rest of the documentation and the Tabris.js snippets. When you are ready to build, read Build your app.

You can test your app on an Android or iOS device (real or emulated) if the following preconditions are met:

After setting up your Tabris.js project, navigate to its directory and type hs to start the http-server. Keep it running as long as you test the application.

In the URL tab of the developer app, enter:

Each time the your app is started, the sources are downloaded to the device. While this happens you will see a blank screen. Once you’ve built the app, this delay will be gone, because the sources are then bundled with the app.