While running Tabris.js scripts in the Developer App, you can open a developer console by sliding from the right edge of the screen to the left. On iPads you may have to start sliding from the edge itself with two fingers. You can also use a four-finger double tap instead.

In the developer console you’ll see messages and errors logged by the running script. You can also enter JavaScript expressions that will be evaluated in the context of your script, for example tabris.device.platform. 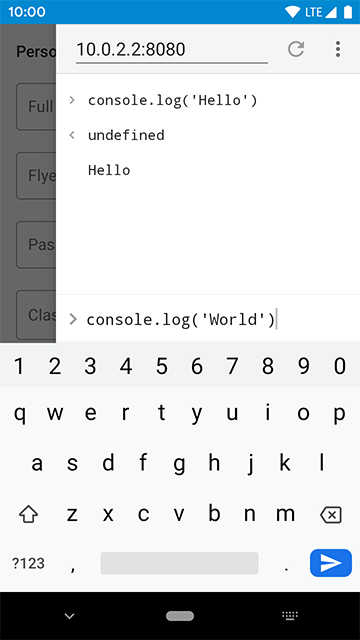 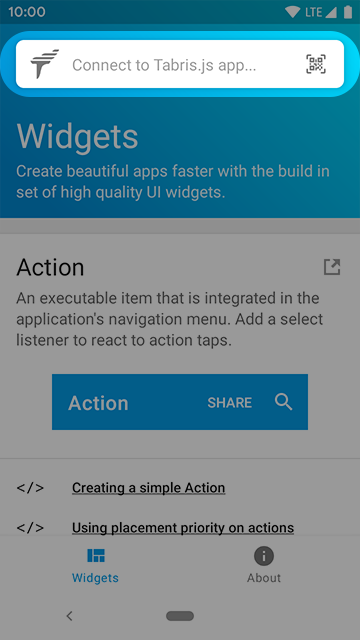